The Life-Lessons of Casa Bonita 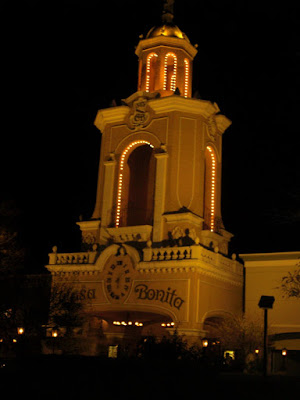 Before arriving in Denver, I was instructed to ensure that my travel plans included a trip to Casa Bonita. Not knowing what the Casa held in store for me, I swore up and down that I would seek out this gem. My travel companions were reluctant at first, but ended up coming along, in no small part due to my un-informed enthusiasm.

To make a mindblowing night more palatable for the blogger format, let me encapsulate the evening in a few easy statements:

-Terrible Mexican food (The beef tacos were edible, but the weird wrapped cheese mass was not fit for human consumption...and yes, the extra tortillas did really come served in a zip-lock bag) 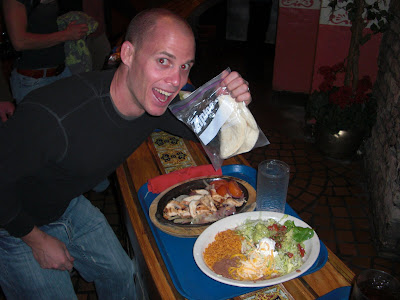 -Cliff Divers (inside the restaurant!!) 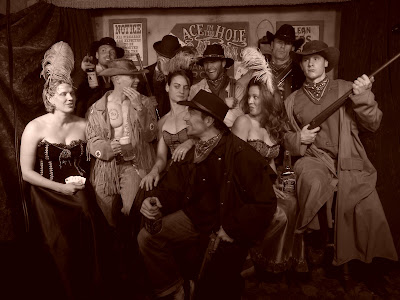 Talk about excellent! Because my companions and I were committed to enjoying the over-stimulation, come what may, we had a blast. Spirits were high, despite initial skepticism. This experience of course led me to think about training. In particular, I began to think about decision, attitude and the personal responsibility all of us have for gleaning the most from any given situation.

Had I been one to not enjoy things of an awesome nature, I could have easily had a less than stellar time whilst visiting the Casa. My simple philosophy of 'do what you can to create the most enjoyment, most of the time' came in handy and I had no limitations on my fun that evening. Now where the hell does busting-ass come into play here?

Good question. The answer lies in the simple art of the personal set-up. When we are making savage the body, we are really doing our best to remove any physical limitations from our general surroundings. In the immediate sense, we may not be creating enjoyment, but in the larger scope of things, by eliminating these bodily barriers we have allowed ourselves the liberty of physical decision, thus unknowingly increasing our potential for enjoyment. Freedom! I chose to have a bonita-time. You, whether knowingly or not, are choosing to maximize your enjoyment of the physical vessel you occupy by training hard. Truly Bonita!

Here, we have Erin and Nick making the decision to abolish physical limitation: 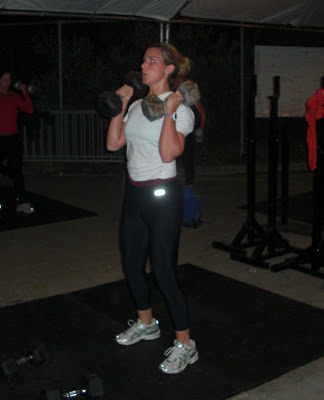 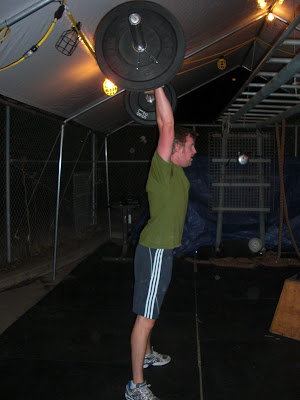 -Adrian "Being-an-adult-rulez" Bozman
(I get to go to the Casa whenever I want)
at 8:39 PM

Again w/ the celebration-of-adulthood thing. So encouraging, so motivating! I love it. AAGH I LOVE BEING MOTIVATED!!!

However, I must take issue with this supposed "personal responsibility all of us have for gleaning the most from any given situation." Currently, I am full of responsibilities and am not accepting new ones; I do not appreciate your attempt to oversubscribe me. Further, the exaltation of "gleaning the most from any given situation" suggests a rapacious capitalist worldview that I, as a temporary island-dweller, am presently obligated to reject. Can you recast your point in terms of coconuts and napping?

Anyway, awesome post. Making savage the body. Committing to enjoying the over-stimulation, come what may. That is key to enjoying much of modern life, I think.

No. Real Cliff-Divers. There was a fake cliff/waterfall-pool with various points to jump off of, and people who are fortunate enough to be compensated professionally for said diving during your dining experience.

The picture of the front does not begin to hint at the labyrinth contained within. Seriously. The place is massive. We were convinced that after you paid for your meal, the map of the exit would be given to you in the form of your reciept.

Did I mention there was also a mariachi band?

We definitely need a mariachi band and sword fights for the next taco social.

Hey guys. I went to Angel's Crossfit class at Planet Granite yesterday. I had an 'epiphany' as Kelly likes to say. Besides the crossfitters, everyone else was doing their own thing, keeping quiet. It was weird seeing people do the exercises that we all used to do (tricep kickback, bicep curls, the occasional grunt on the Roman Chair for whatever reason). But what was cool is that when we were doing our WOD (heavy double push press and then our tabata row), people were entranced on how much encouragement we gave each other, and the intensity in which we performed all these exercises. I could see as they were working out that all eyes were on us.

So come on out and support the Crossfit at Planet Granite! Angel teaches there Tu/W/Thu from 630-730PM.

Real cliff-divers! Mega. I am reminded of the indoor pool party in Real Genius.

"do what you can to create the most enjoyment, most of the time"

i've been looking for something with this sentiment for a tatoo. think molly would design it for me? :)

kudos for the Real Genius comment Ross. That film is one of Val Kilmer's finest moments.

I highly encourage the tattoo. Maybe just take the image of the Casa into the shop? They should know what to do from there...

Although Molly's design would probably be OK too, I guess...

Good to see you back. You doing alright in the current economic climate?

Totally cool Boz, you made it a great adventure, thank you for sharing your enthusiasm for life.