A Word About Your Low Back 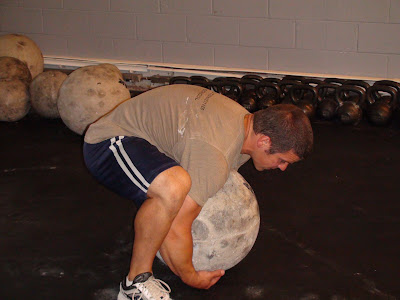 This back positioning is sweet. Learn to lift like Rob Orlando.

Admit it, you thought I was going to hammer Rob about his low back as soon as you saw the title of this post and photo. Oh no, young padawan learner. Rob's kung fu is very, very strong. But let's talk about why.

1) Rob is very, very strong. His perfect form does not break down even when he lifts round, gravity dense objects from terrible positions.

2) Perfect form? Yes, note that Rob's low back is FLAT! His low back is loaded and in neutral. Look again at the photo. Rounded? Phsah! Flat, and flat is safe!

3) Rob has stellar hip flexibility and he is sufficiently abducted (leg's turned out) to maximally un-impinge his hips. The hulk tail (legs) is not wagging the hulk (hips). Rob's connective tissues and joint capsules are not passively pulling his low back into a less than ideal flexed position. And this is a huge point. Don't let your hips dictate your spinal positioning! Get those knees out and get some hip flexion flexibility already!

4) Rob's hips are high enough to allow for his low spine to be in a more advantageous position. Butt down is fine for O-lifting to keep the chest upright for the second pull, but Rob's rock is low and he has no second pull here. He has to keep his hips high to teeter-totter into an workable position.

5) Rob's thoracic-spine is how he accommodates the flat low back. Note any good strength lifter and you'll see thick paraspinal muscles along the mid back. Why? Because loading the mid spine in a flexed position is way preferable than loading the crappy low back in a flexed position. McGill ET all demonstrated that lifters and athltes with chronic low back pain loaded the low back first in movement. Rob is loading his legs and upper back first. Well done Rob.

7) Even if Rob was in a slightly flexed lumbar position (which he is not), he is not violating the "minimize spinal movement under load" principle. He starts in a tight position and lifts. Your spine will handle a ton of silly nonsense if you can keep it in one position during extreme loading. It does NOT handle inter-vertebral movements very well during loading. In fact, this is why squatting and reversing into lumbar flexion is the number one way to destroy your back (or deadlifting and ending up in a flexed lumbar, dog-poo position).

Way to lift with your legs Rob! 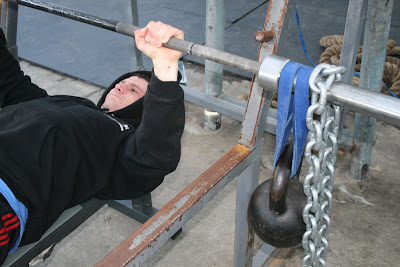 Hey Gang,
Just a reminder that SFCF is hosting it's very own Chasing Performance Seminar with some SFCF coach (this guy) this Saturday from 9am to 4pm. This day of Movement, Mobility, and Maintenance will be a veritable festival of body mechanics and models of recovery.
We still have space for the chosen ones (you). You can sign up through www.sanfranciscocrossfit.com. This seminar is booked out through Summer 2010 in OTHER places. It won't be back in SF for some time. Don't be whining when "like a virgin on prom night. I mean they vanish, swishh..."(Utah, gimme two!)
Seminar Goals:
•Improve understanding of key anatomical elements as they relate to functional movement, and as performance limiters.
•Increase awareness of “best-fit” biomechanical set-up and movement strategies for optimal work outputs.
•Understand movement compromise strategies for specific movement outcomes.
•Develop an understanding of common movement dysfunctions and a systematic model for addressing common problems associated with elite training
•Develop effective abdominal/spine stabilization strategies
•Understand and apply neuro-muscular stretching methods
•Understand methods to improve overhead positioning and efficacy
•Develop methods to address common myo-fascial pain/dysfunction
•Understand how to treat soft tissue injuries
•Develop better movement preparation strategies

For our regulars athletes classes have been shifted forward half an hour.
Level 2--7am
Level 1--8am
Open Gym --Cancelled.

Hope to see you there. 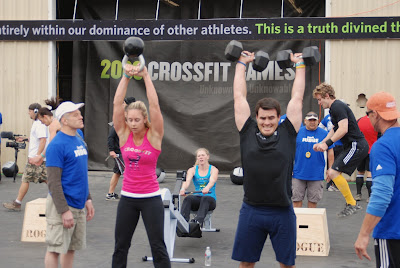 Congratulations to the SFCF Rainbow Fawn Squad for making such a strong showing at this year's Crossfit Games.
The day's competition brought three fierce workouts and strong competition. Ninety-seven teams competed for the Affiliate Cup title and it was pretty much a good old fashioned throw-down.

Our SFCF kids posted the second fastest time in the stadium chipper workout and were right in the heart of the action for the other two events.

Also, big shout out to Coach Angel who survived the "sporty-run" and little "ham-string streching" events. (imagine two of the hardest workouts you can, now do them within two hour of each other, and make them a little worse).

Enjoy the photos! (thanks to Huge-gene click here for his rad gallery) 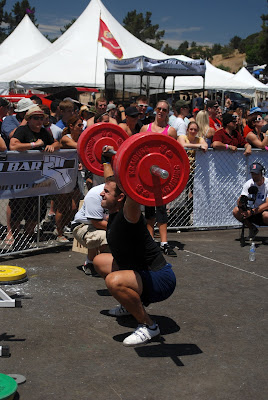 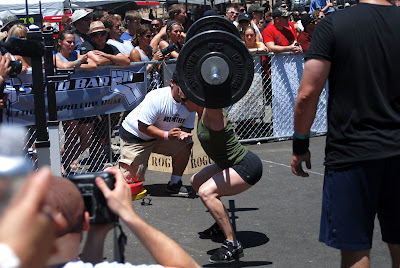 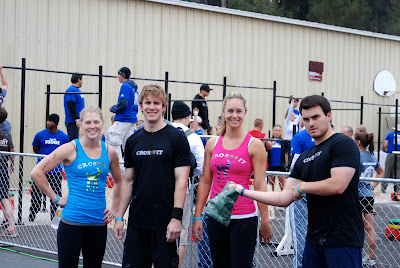 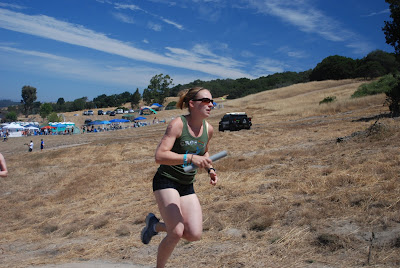 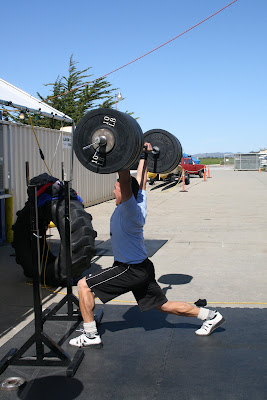 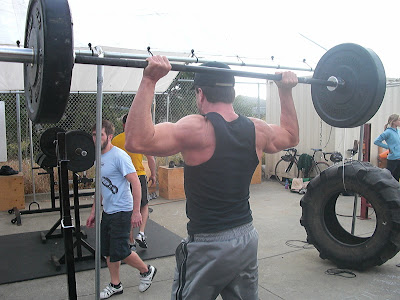 As most of you know by now, the SFWeekly has published a negative, and factually inaccurate article about San Francisco Crossfit generally, and me specifically.
We have taken up our very serious concerns about the article with the SF Weekly's publisher and editor directly, which is why we have not commented or attempted to defend ourselves publicly.

We wanted to take this opportunity to personally thank our San Francisco Crossfit family and the greater Crossfit community for their public support and affirmation of our work at SFCF. While we are always astounded by the athletic achievements of our athletes, we are most proud of the community and camaraderie that we see every day at SFCF.

And for all you SFCF haters, hate this. 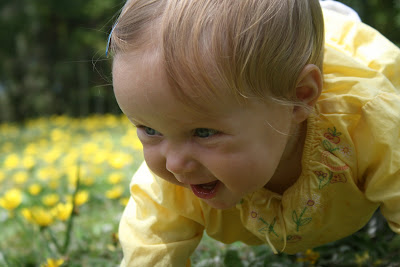