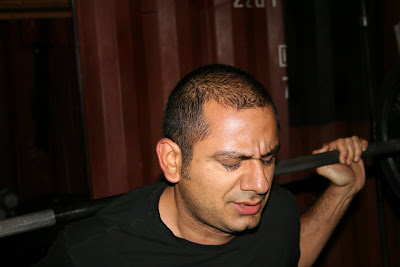 "One day I wiped out all notions from my mind. I gave up all desire. I discarded all the words with which I thought and stayed in quietude. 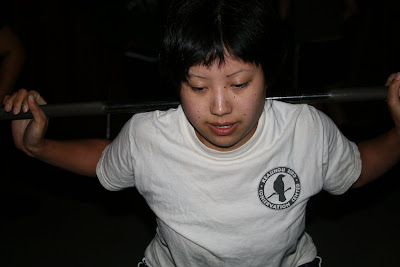 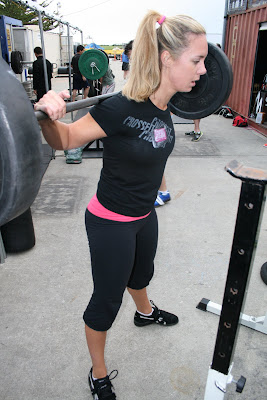 I felt a little strange--as if I were being carried into something, or as if I were touching some power unknown to me...and zzzt! I entered. 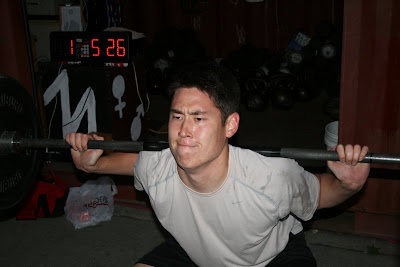 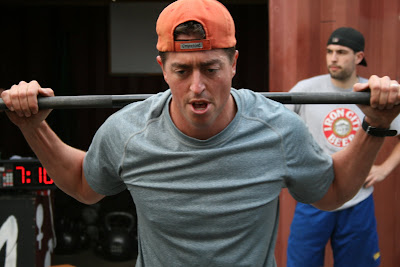 I lost the boundary of my physical body. I had my skin, of course, but I felt I was standing in the center of the cosmos. 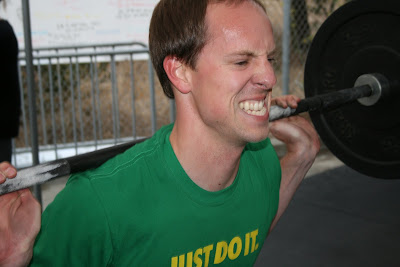 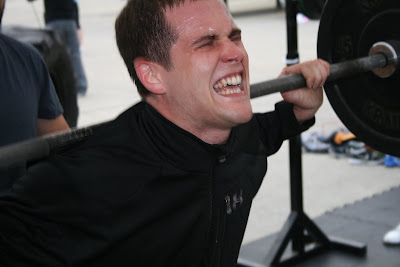 I spoke, but my words had lost their meaning. I saw people coming toward me, but all were the same man. 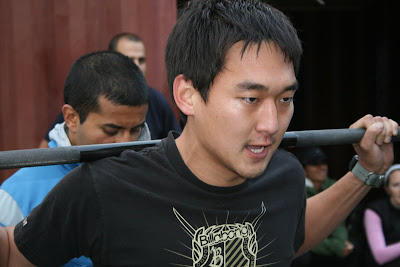 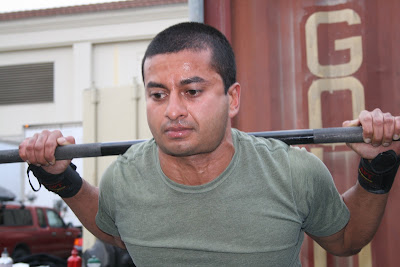 All were myself! I had never known this world. I had believed that I was created, but now I must change my opinion: I was never created: I was the cosmos; no individual me existed." -Sasaki


Awakening, or satori, is the fundamental aim of Zen. According to the Zen text Denkoroku, "It is to die completely and then come back to life."

Things I Am Into (thanks Dan)

This is a post about Things I am Into.
No order. No reason. Just the truth.

1. If your gym is more beautiful than this, it's cool. You are dead and in heaven. 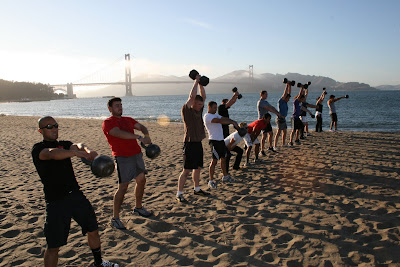 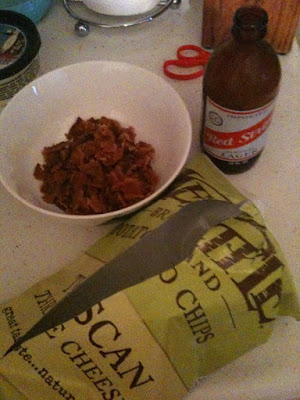 4. This is Ethan Kochis. He is so humble and badass that he will be embarrassed by this video. Effit, I love PR's.

5. I saw and bought this poster at Ed Hardy's place Tatoo City SF. If running were really like this,
running would be cool. 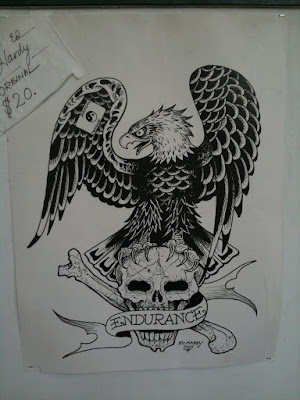 7. Snatch-Grip width Chins (palms toward you). Try it. You suck at it.
In fact your chins are sissy compared to your pull ups. Truth. I said it. 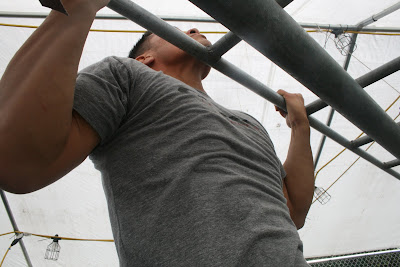 8. Basic Gymnastics. Super basic. It's not even really gymnastics. It's pre-gymnastics.
It's really, really hard and solves a bunch of your crap. Note elbows out past wrists.
I heart Carl. 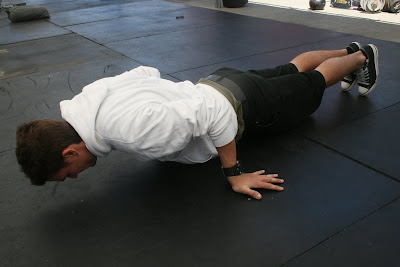 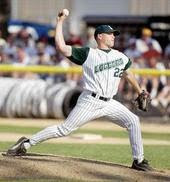 First off I wanted to thank Kelly and Juliet for allowing my words to grace this blog. I can honestly say that for the better part of two years the SFCF blog has been something I have ingested regularly. Its been like a different present of knowledge and humor to unwrap on a daily basis. I also have a newfound respect for how hard it may be to produce awesome content as often as our coaches do. We are being coached by coached warrior poets people.

“When You Can’t Come Back”

Any athlete will tell you that it’s a sad day when you realize your playing days are over, whether that be at the collegiate or professional level. Regardless of your sport or how far you have pushed yourself within that respective sport, or whether injury or in my case ability signaled the end of your athletic career, you will never forget the moment you realized that part of your life was over. I can vividly remember when that moment arrived for me. It was May of 2005 and I was standing outside the baggage claim at SFO waiting for my mom to pick me up from my flight home after being cut from my second spring training by a professional baseball team. It was a sad realization of “well what the hell do I do now”? All I had ever known was baseball year around since I was 10 years old and it had now come to a screeching halt. My next few years from 2005-2007 were spent playing on local SF baseball teams just to be around the game, yet never regaining the same intense passion I felt when I would toe the mound for a game that actually meant something, wearing a jersey that represented an entire college. In July of 2007 following a 6 week boxing camp, pain in my right hip began to impair walking, sitting, and lying down to the point of blinding pain. I was told by an Orthopedist at Kaiser that I had what is known as FAI or Femoral Acetabular Impingement. I was basically told to avoid all activity where I had to pivot on the ball of my right foot because that in turn would pivot the head of my femur and aggravate my condition. That was like being told to not be active anymore which to me was unacceptable. I was also given a rehab program that seemed fit for someone who would be confined to an elliptical for the rest of his life. By the time my hip had healed enough to run I had honestly lost the motivation to exercise anymore. Instead I simply sat on the couch every night after work and blamed my lack of activity on my hip.

Dizzle Cafaro is actually the man who suggested I try Crossfit in November of 2007. By that time I was 235 pounds and would probably have clocked a 3min 500m row in my condition. I have to say that my first experience was intimidating (I told JD I wouldn’t go until he came with me), and eye opening as to how out of shape I was. I was sweating bullets and out of breath doing 1 rep max front squats with 155 pounds. My 2nd WOD was Fran w/ a blazing time of 12 mins with ripped hands to boot. I can honestly say I drank the SFCF kool-aid that night and could instantly realize I had found something that could deliver me from several months of terrible pain that had effected how I walked, being able to sit for long periods of time, or even sleep for more than an hour at a time without waking up because of the pain. Slowly week after week I noticed that my hip was gaining greater range of motion, and I was becoming stronger and leaner. I also was thrilled with the fact that Kstar and Boz were always able to offer me ways to work around hip pain that allowed me to complete WOD’s if my hip had become an issue during a certain movement. Crossfit, and more specifically Crossfit San Francisco has been something that has definitely sent my life down a path of fitness I know it wouldn’t have gone down had the Dizzle not introduced me to a little slice of fitness heaven in the loading dock of the Sports Basement. My hip will be a lifelong issue for me, however crossfit and the lessons I’ve learned through our amazing coaches have drastically improved my range of motion, strength, and recovery period when it does act up, and illustrated to me the various range of motion stretches I can do religiously to (as KSTAR would say) “normalize” my hip . The easiest way to illustrate the drastic changes I have gone through since joining crossfit (other than the weight loss) would be two examine two topics I mentioned earlier: my hip, and my Fran time. When I first began I could barely overhead squat 135, and front squat 155. Fast forward to August of 2009 my best Overhead squat is 235, and my best front squat is 235. In addition my 12 min Fran time is now a five min Fran time (Kelly may not like me mentioning but it was done hungover). Im also weighing in at about 205 pounds as opposed to the husky 235 pounds I began at in November of 2007.Across the board my WOD times have dropped drastically, and I’m- the proud owner of a C2 Rower I affectionately call the “Soul Cleanser” which routinely punishes me (that’s what she said).

Lastly I will say that as a pitcher there was nothing like being in the middle of what I like to call a “holy shit” moment. It is a moment present in any sport, and it was what I lived for out on the mound. It’s the moment where you do something amazing on the field of play, or turn in a performance you have to pinch yourself to believe, and the crowd is going nuts and your team is mobbing you…..this is the moment when you take a step back, look around at what you just accomplished and utter to yourself “holy shit”. I have experienced these same moments at crossfit and it is precisely what entices me to keep coming back, keep improving, and in my own personal way keep claiming victory. My pitching days are over for good, but SFCF still has plenty of “holy shit” moments in store for me.